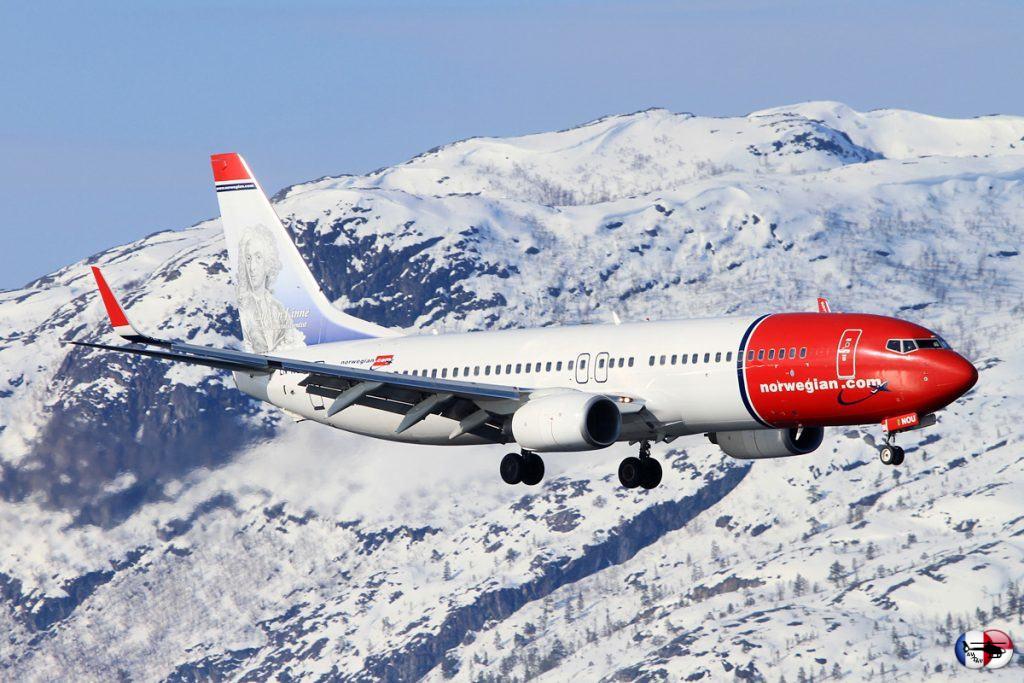 The pre-tax result (EBT) was NOK 930 million (£83million); doubling the profit from last year’s result of NOK 456 million. The load factor for this period was 88 percent. In two years, the load factor has increased with eight percentage points. The overall performance was positive in all of Norwegian’s main markets during the second quarter.

The load factor for the second quarter was 88 percent, up three percentage points from the same quarter last year. Last year, Norwegian also had a considerable rise in load factor, which means fuller aircraft and a significant reduction in CO2 emissions per passenger kilometer (RPK). So far this year, Norwegian has introduced two new Boeing 787 Dreamliner and ten new Boeing 737-800 to its fleet. Norwegian now has a fleet of 10 Dreamliner long-haul aircraft and within a few years, it will have a fleet of at least 42 Dreamliner long-haul aircraft.

Growth in all of Norwegian’s markets

During the second quarter, the airline carried 7.7 million passengers, an increase of 11 percent. Norwegian’s strongest growth in terms of passenger numbers was Stockholm Arlanda, London Gatwick and its Spanish bases. During this quarter, Norwegian has established a new base in Palma, and the company now flies a number of domestic routes in Spain.

During the second quarter, Norwegian’s total revenue was NOK 6.6 billion (£594million), up 13 percent from the same quarter last year. Norwegian’s production growth (ASK) for this quarter was 12 percent, while the company’s traffic growth (RPK) was 16 percent, which reflects that each of Norwegian’s passengers on average flies significantly longer than they did before. Norwegian’s growth estimate of 18 percent (ASK) for the whole year remains the same.

“I am very pleased with the improved result and record high load factor for this quarter. However, we have had significant additional costs for leasing of aircraft and passenger compensation. Over the summer, we will phase out the wet-leased aircraft,” said Norwegian’s CEO Bjørn Kjos.

“Bookings and pre-sales for the coming months are looking very good and it has also been a great pleasure to receive fantastic feedback from our customers in the form of two SkyTrax awards. This would never be possible without all the dedicated people working at Norwegian,” he continued.