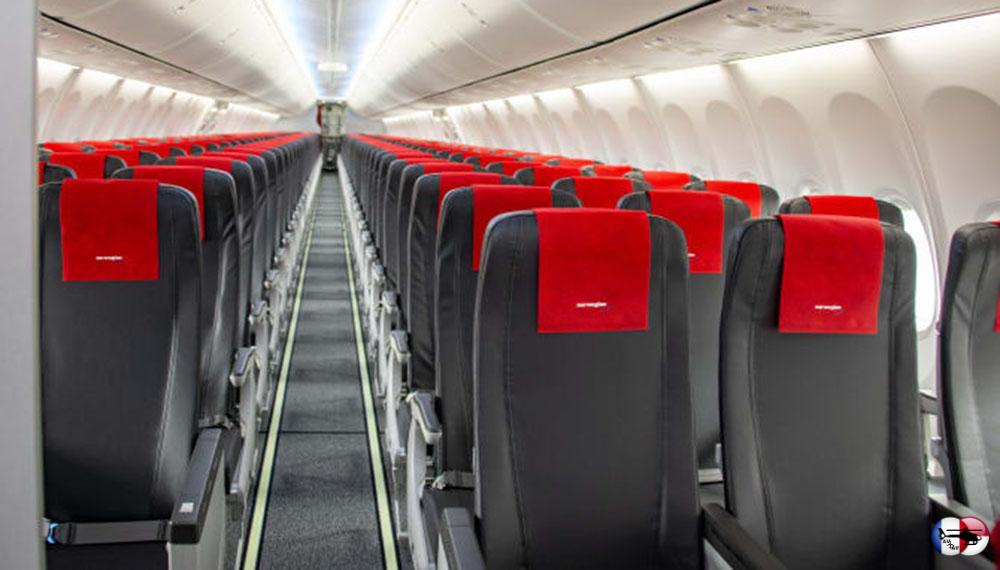 Norwegian has taken delivery of its first Boeing 737 MAX aircraft with an upgraded cabin of new slimline seats that are specifically designed for more comfort on longer routes and will give taller passengers more personal space.

Europe’s third-largest low-cost airline has more than 100 Boeing 737 MAX on order and will take delivery of 12 brand new Boeing 737 MAX aircraft in 2018. The aircraft service Norwegian’s transatlantic routes to New York and Providence near Boston, from the UK and Ireland and as part of the airline’s fleet modernization plan, the 737 MAX will replace older Boeing 737-800s on short-haul routes.

On the one-year anniversary of launching nonstop transatlantic flights to smaller cities on the US East Coast, Norwegian has enhanced the passenger experience on its Boeing 737 MAX by introducing the brand new RECARO 3710C seat.

Each seat weighs around 10kg – 1kg less than the older model, which reduces the weight of the aircraft by more than 200kg overall. The lower aircraft weight reduces fuel burn and Norwegian’s operating costs which allows the carrier to continue delivering affordable fares and an environmentally friendly service.

“More than 370,000 customers have flown Norwegian between the UK & Ireland and the US East Coast and now thousands more passengers can fly in slimmer seats that provide more space for the longer flights.

“The Boeing 737 MAX’s versatility can provide passengers with lower fares on direct transatlantic routes and shorter flights as we plan to replace older aircraft as we maintain a young, modern and fuel-efficient fleet.”

“We are delighted and proud, that Norwegian is the first customer for our new BL3710 seat. The seat embodies RECARO’s high-quality standards and design principles, while setting all new standards in economy class. With an ideal balance between lightweight design and comfort, RECARO supports the airline to offer their passengers enhanced living space and outstanding comfort.”

Norwegian was the European launch customer for the Boeing 737 MAX in 2017 and has commenced operating its newest Boeing 737 MAX (reg. EI-FYG) featuring the new RECARO seat from May 2018. The airline will retrofit the existing fleet of six Boeing 737 MAX aircraft delivered last year.

The 737 MAX currently services New York Stewart International and Providence airports on the US East Coast which provides good access to the metropolitan centres of New York City and Boston in addition to tourist attractions in New York State and New England.