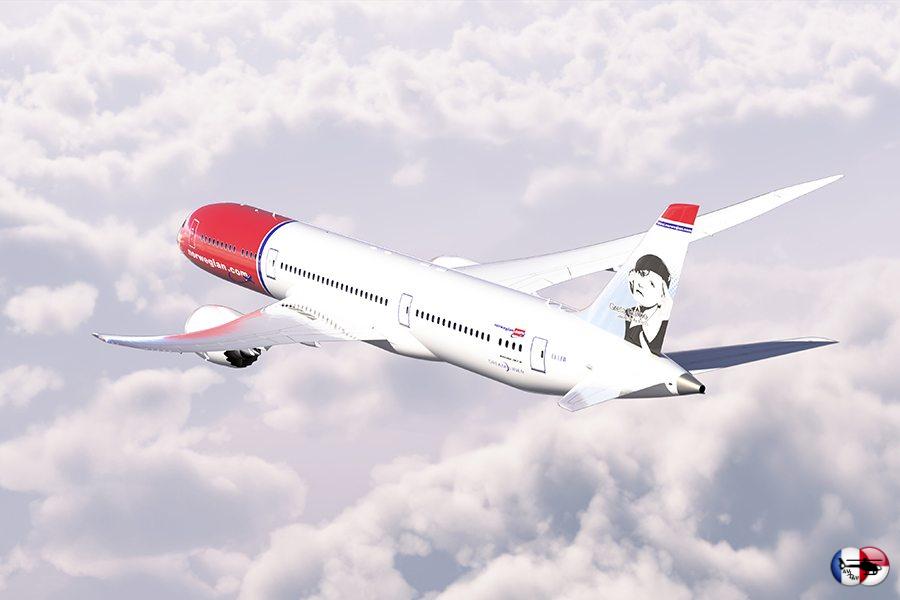 Europe’s third-largest low cost airline, Norwegian, has today said that it is considering new transatlantic flights from Edinburgh, and has urged Scots businesses and policymakers to support the case for Gatwick Airport’s expansion to promote more competition in the UK airports market and more choice for Scots.

Norwegian CEO Bjorn Kjos was in Scotland with Gatwick Airport’s CEO Stewart Wingate and Gordon Dewar of Edinburgh Airport to make the case for a more competitive UK airports sector and to engage with Scottish business and political figures.

Norwegian began flying from Edinburgh Airport in 2009 and has now flown over 1 million passengers with services to six destinations in Scandinavia, Spain and the Mediterranean. CEO Bjorn Kjos today outlined Norwegian’s ambitions for further new routes from Edinburgh, including the possibility of new transatlantic flights using state-of the-art new aircraft such as the new Boeing 737 MAX.

“Since we started flying from Edinburgh in 2009, we have grown to 6 routes and have now carried over 1 million passengers – but this is only the beginning of our plans for expansion. Edinburgh will play an important role in our future UK growth and our long-term ambition is to deliver new, direct long-haul flights from Edinburgh.

“We will also be looking into how we can create new routes from Edinburgh to feed into our fast-growing global network at London Gatwick, which would further boost the choices available to Scottish passengers.

“The new fuel-efficient aircraft we have on order will make it possible to launch low-cost transatlantic routes from Edinburgh in future, creating affordable fares and more choice for business and leisure passengers in Scotland. We look forward to continued growth at Edinburgh Airport including plans for our first low-cost long-haul routes in the future.

“It is only through greater competition between airlines and airports that Norwegian has been able to continue its growth – that is why we back Gatwick as the right choice for the UK’s next runway.

“An expanded Gatwick would deliver increased competition, allowing all UK airports to grow and creating more choice and lower fares for passengers.”

“Bjørn and I are in Scotland today to make a basic but increasingly compelling case for more competition in the UK airports market to the long-term benefit of Scottish passengers and tourists. The success of Norwegian Air in recent years, particularly at Gatwick and Edinburgh, illustrates very clearly the fundamental changes that are taking place in the aviation world”.

“Scotland is far less dependent on London than it ever was and having lived and worked in Scotland, I understand that Scots value choice and specifically the choice to fly from their local airport. We agree with that view, which is why we have built our runway proposal around competition and choice, and do not have any time for the old-fashioned monopoly being promoted by our competitors at Heathrow.”