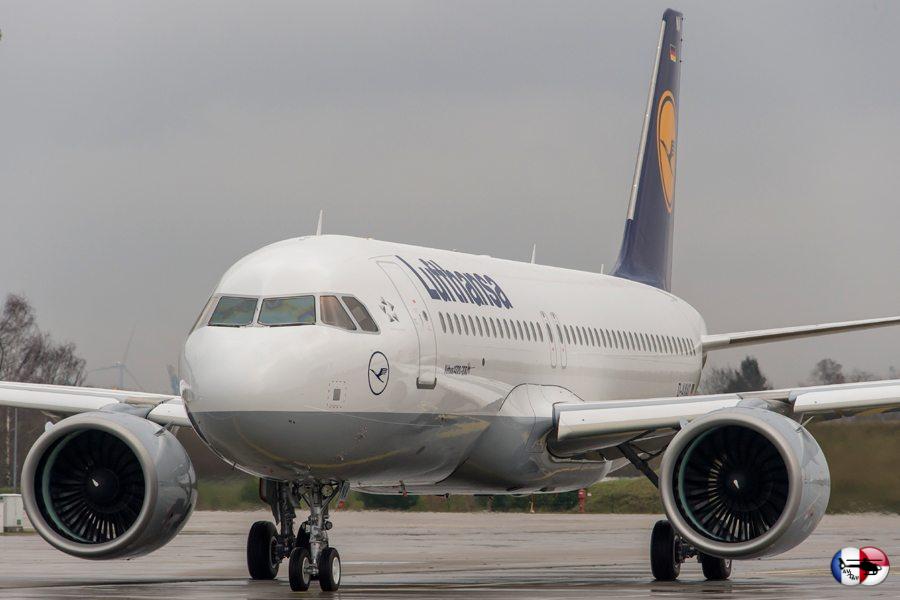 Today, on the 31 March, Lufthansa has received another A320neo.

The aircraft with the registration D-AINB is therefore its second A320neo in the Lufthansa fleet. The aircraft flew this afternoon to its future base airport, Frankfurt am Main. The first scheduled commercial flight is planned for 1 April and will fly as LH072 to Dusseldorf, making Dusseldorf another destination for the A320neo together with Hamburg, Berlin and Munich.

The A320neo has new engines and improved aerodynamics enabling a significant advance in terms of noise and emission reduction. Due to the new technology of the PW1100G engines, the A320neo is 15 percent more fuel-efficient than current comparable models and per passenger produces 20 percent less cost. The 85 decibel noise contour of a starting A320neo is only half that of an A320 in the existing fleet, thus making a significant contribution to active noise protection.

The Lufthansa Group has ordered a total of 116 aircraft in the neo version, 45 of these as the larger A321neo version. The new aircraft are intended for Lufthansa and Swiss. According to the list price, this order involves an investment of USD 13.3 billion. This year a total of five A320neo should be delivered to Lufthansa and stationed in Frankfurt.