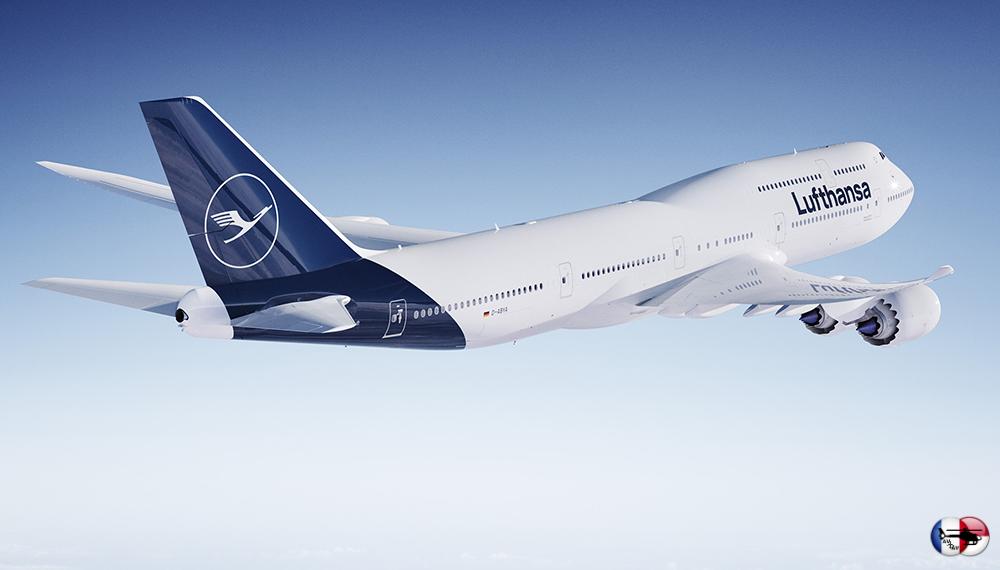 Lufthansa revealed its new, modernized brand image to customers and employees at two major events at the Frankfurt and Munich hubs on Wednesday, the 7th of February.

The most visible change is the new aircraft livery. In front of more than 3,000 guests in Frankfurt and Munich, Lufthansa officially presented a Boeing 747-8 and an Airbus A321 with the new design. In the previous week, individual details created interactive discussions, especially on social media. The response to the new appearance was predominantly positive, although some people missed the traditional yellow tone; nevertheless, it will receive a specific function to serve as a means of orientation and differentiation. The color will be found in the future, on every boarding pass and at every Lufthansa counter at the airport, among other things.

“Lufthansa has changed and is more modern and successful than ever. From now on, this will also be visible to the public through a new design”, says Carsten Spohr, Chairman of the Executive Board of Deutsche Lufthansa AG. “The crane has always been with us and clearly stands for the promising performance from Lufthansa. To this day, it still stands as a symbol of highest quality, excellent service, flying expertise, reliability, innovative spirit; and it stands for trust.”

Against the backdrop of digitalization and changing customer requirements, Lufthansa recognized that the company needed to modernize the aircraft appearance in order to remain up to date. The Group invests two billion euros a year in new, fuel efficient aircraft. The premium on board and ground services meet individual customer requirements. Lufthansa was awarded the Platinum Award by the International Air Transport Association IATA for its new digital services and was the only and first airline in Europe to be awarded the 5th star by Skytrax. The introduction of a new business class with the new Boeing 777-9 in two years is an example of how the path to modernization will be consistently pursued in the future.

On the occasion of the 100th anniversary of the crane, every detail of the design was reworked – to meet requirements of the digital age. The new Lufthansa appearance gives the individual elements a new, modern quality to sharpen their impact. The designers found great importance in taking up the unique design tradition of the Lufthansa brand and leading it into the future.

“The modernization of Lufthansa is only possible thanks to the commitment of our employees, who are the best in the industry. They are the actual face of the brand “, Carsten Spohr continues.

The crane, designed exactly 100 years ago by graphic artist Otto Firle, a distinctive icon in the sky, remains the airline’s iconic symbol. In the future, it will be slimmer and fit for the digital world. A thinner ring makes the crane look more elegant, bringing it into the foreground and granting it more space. All in all, the trademark will gain lightness and elegance. The familiar blue-yellow color combination of Lufthansa will also be retained – but the use of these primary colors will be redefined. The blue specially developed for Lufthansa is somewhat darker, more elegant and is becoming the leading brand color. It stands for reliability, clarity and value.

After 30 years, Lufthansa’s aircraft are gradually being given a new livery. The design was developed in a complex process with numerous experts. After intensive preliminary studies, more than 800 designs and own color developments in the laboratory, the new aircraft design was completed. In keeping with the airline’s claim to be premium, the blue color of the livery will dominate the sky and the world’s airports for the next few decades.

In the cabin, guests will encounter the modernized design within the crew’s uniform in the form of new – and often yellow – accessories. On-board articles such as tableware, amenity kits, blankets or pillowcases will carry the new design in future. Around 160 million items will be exchanged over the next two years.

An important challenge in revising the design was to meet the requirements of today’s and tomorrow’s digital world. In addition to optimizing the crane for new technical requirements, Lufthansa has developed its own typeface, which is particularly easy to read on mobile devices or Smartwatches.

The Lufthansa Group’s brand image has also been modernized. The new logo no longer bears the crane and is written completely in capital letters. This will take into account the great variety of brands in the Group, offering optical neutrality for all companies. The newly developed Lufthansa Corporate typeface is timeless and independent. The use of capitals is a characteristic of the new Group design.

The new Lufthansa blue is the Lufthansa Group’s main color. White ensures lightness and an independent appearance. Yellow complements the color palette. Carsten Spohr says: “We are the proud drivers of globalization and are honored to bring this abstract concept to life! All this drives us forward and makes our work so valuable and fulfilling.”