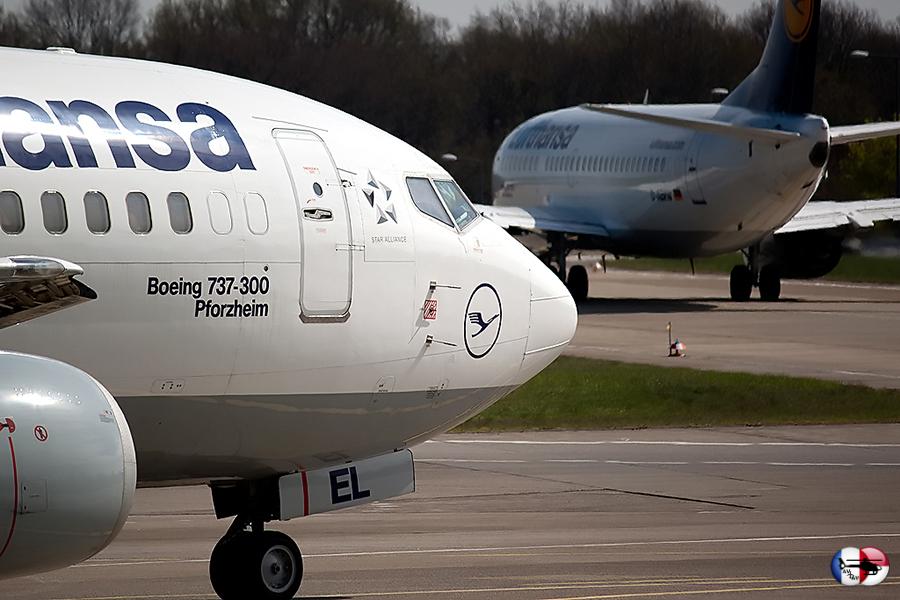 The EUR 954 million operating profit reported for the year was a EUR 255 million or 37% improvement on the prior-year result.

Following a revision of its original projections owing to negative yield trends and the extraordinary impact of strike action, the company had projected an operating profit for the year of EUR 1 billion in June 2014, provided no additional costs were incurred through further industrial action.

Total Lufthansa Group revenue for the year remained broadly unchanged at around EUR 30 billion, despite the substantial yield declines in the passenger transport segment. Results were boosted by a EUR 364 million decline in fuel costs (deriving largely from fuel price reductions) and a EUR 351 million benefit from the changes that were made to the Lufthansa Group’s aircraft and spare powerplant depreciation policy in 2014.

Strike actions by pilots and security personnel reduced the 2014 operating result by a total of EUR 232 million (EUR 62 million thereof in December alone). The adjusted operating result, which excludes the non-recurring effects of SCORE-related restructuring costs and project costs, amounted to EUR 1.2 billion (compared to EUR 1.0 billion for 2013). The high investments of EUR 2.8 billion were largely concerned with fleet renewals and cabin interior enhancements.

“Our results for 2014 show us clearly where we currently stand,” says Carsten Spohr, Chairman of the Executive Board & CEO of Deutsche Lufthansa AG. “On the one hand, all the business segments of the Lufthansa Group are profitable and, with an operating profit of almost EUR 1 billion, we achieved our projection in a far-from-easy year. At the same time, though, with our high investments in modern aircraft and premium services, we simply have to further increase our operating profit. For this we need competitive structures; and that’s what we continue to consistently work on.”

Net profit for the year under IFRS amounted to EUR 55 million, substantially below the EUR 313 million of 2013. The decline is attributable to a number of factors, particularly a reduction in the market value of the exchangeable notes for JetBlue shares and the adverse impact of the changes in the value of fuel price hedging options. The net result under IFRS was further burdened by the contractually-agreed sale of the infrastructure division of Lufthansa Systems AG.

The 2014 net result under the German local GAAP HGB was even further depressed. In addition to the sale of the IT infrastructure division, the net result here was reduced in particular by an increase in pension liabilities following a further fall in average interest rates, and by the need to make provisions for contingent losses on fuel price hedges following the steep oil price declines. As a consequence, the net result under the local GAAP HGB amounted to EUR -732 million. The loss was offset by a corresponding transfer from capital reserves. In view of the HGB net loss, no dividend can be distributed for 2014.

“Given the results that we achieved in our core business, we can no longer regard sticking to inherited uneconomic structures as an option for the future of the Lufthansa Group,” Carsten Spohr concludes. “The competitive pressures on our airlines will only further increase. We have substantially improved our products and services, and we’ve further raised the quality of our group member carriers. We’re back among the world’s best airlines in the eyes of our customers. What we need to do now is lay the foundations on which we can regain a leading position in our industry in economic terms, too.”

The Passenger Airline Group contributed EUR 553 million to the group operating result, a EUR 40 million increase on the EUR 513 million of the previous year. Despite substantial assistance in the form of lower fuel costs and the changed depreciation policy, Lufthansa German Airlines’ EUR 252 million operating profit fell short of the EUR 282 million of 2013. The results for Lufthansa German Airlines include those of Germanwings, which made further progress in 2014 on its path to profitability. SWISS met expectations with an operating profit of EUR 289 million.

Austrian Airlines posted an operating profit of EUR 10 million, substantially down from the EUR 25 million of 2013. The decline is in part the result of falling yields on numerous routes. Yield declines in the face of a further intensification of competitive pressures were tangibly felt in the results of all the Lufthansa Group’s member airlines. In addition, Austrian Airlines’ results for 2014 also include the one-off costs incurred in the conclusion of a new and more competitive collective labour agreement with its personnel. On the plus side, the new CLA marks a major step for the carrier towards establishing competitive structures, and thus lays a key foundation for its future success.

Positive trends at Lufthansa Cargo and the service companies

The service companies of the Lufthansa Group maintained their operating results at their previous high levels. Lufthansa Technik posted an operating profit of EUR 392 million, only slightly short of its record EUR 404 million of 2013. LSG Sky Chefs also continued its strong business performance of the past few years with an operating profit of EUR 100 million. IT Services, which was being reported as a single business entity for the last time in 2014, posted another favourable operating profit of EUR 37 million (compared to EUR 36 million for 2013). Lufthansa Cargo raised its operating profit from the EUR 79 million of 2013 to EUR 100 million. Despite tough competition within the airfreight sector and higher depreciation needs, the Lufthansa Group’s logistics business was able to maintain its success thanks to its efficient capacity management and its modernized freighter fleet.

“With their strong business results, our service companies have shown once again that they make an invaluable contribution to the broad-based positioning of the Lufthansa Group,” comments Simone Menne, Chief Officer Finance & Aviation Services of Deutsche Lufthansa AG. “They generate stable returns and they are active participants in the further global growth of the aviation sector. And with our goal of raising the proportion of Lufthansa Group revenues that we generate outside our classic airline hub business from 30% to 40%, we want to make even greater use in future of this stabilizing effect.”

Lufthansa aims to be first choice for customers, employees, shareholders and partners

The Lufthansa Group unveiled an ambitious work programme with seven fields of action last July. In addition to other objectives, the programme is intended to secure quality leadership in the Group’s business segments, enhance the efficiency of organizational structures and processes and strengthen the Group’s innovative credentials. This in turn should enable the Group to devise, develop and implement profitable new concepts for its further growth. The new Eurowings, which will offer attractive short- and long-haul services from the 2015/16 winter schedules onwards, is one example of the new growth opportunities that can arise from an efficient structural foundation.

Many further efficiency-enhancing projects and actions were developed under the groupwide SCORE programme last year. All in all, SCORE generated over 6,000 individual projects between 2012 and 2014 that contributed EUR 2.5 billion to the Group’s bottom line. At the same time, however, these results enhancements have been almost entirely nullified by adverse trends over the same period, such as cost inflation and yield declines. SCORE will now be incorporated into one of the fields of action within the work programme, and will thus become a permanent groupwide concern.

“After the safety of our flight operations, it’s ensuring our future viability that is our paramount priority,” said Carsten Spohr on the Lufthansa Group’s further development at the Annual Results Media Conference today. “And, having set our key courses in 2014, we’ll be placing the focus this year on putting into practice what we’ve resolved to do to achieve this objective.”

Clearer projection for 2015: adjusted EBIT of over EUR 1.5 billion

The Lufthansa Group expects business to improve in 2015, when the Group will adopt the new financial indicators of EBIT and adjusted EBIT for the first time. Adjusted EBIT is EBIT (earnings before interest and taxes) net of book gains or losses on disposals, extraordinary appreciation or depreciation and non-recurring pension-fund transactions. The switch should enhance the transparency and the comparability of the Lufthansa Group’s results. For 2015 the Group expects to report an adjusted EBIT of over EUR 1.5 billion, a substantial improvement on the 2014 group operating result. Adjusted EBIT for 2014 amounted to EUR 1.2 billion.

Lufthansa German Airlines expects to post a tangible improvement in its operating result, though this will continue to be saddled by fleet re-equipment project costs. Groupwide investments are planned to total EUR 2.9 billion in 2015, but should then be limited to EUR 2.5 billion each in 2016 and 2017. For SWISS the Group expects an operating result that is broadly in line with 2014’s, despite the adversities caused by the strengthening of the Swiss franc.

Austrian Airlines should reap the benefits of its restructuring programme in the course of 2015 and achieve a substantial improvement in its operating result. Lufthansa Cargo is expected to effect a slight improvement in results, while the profits at Lufthansa Technik are likely to see a slight decline as the Group’s MRO business invests more substantially in growth projects. The Lufthansa Group also expects to report a tangible increase in operating profit at LSG Sky Chefs, the world’s leading airline catering group.