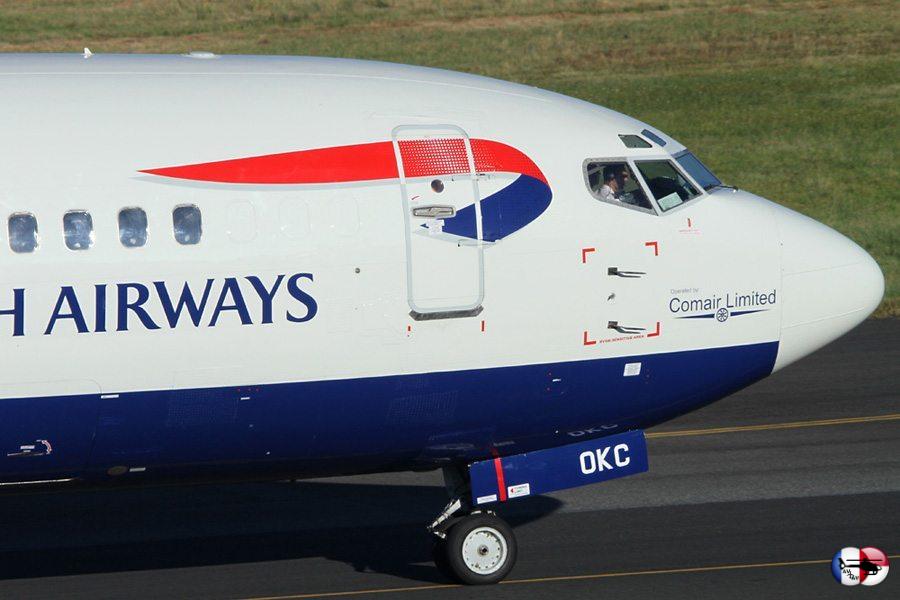 For the first time the Island will be linked to the rest of the world by air.

The first airline to fly scheduled flights to St Helena will be British Airways (operated by Comair).

The Airline’s CEO, Erik Venter, says: “We’re proud to have been selected to provide an airline service to the St Helena. This is an important addition to our existing routes in South Africa, sub-Saharan Africa and the Indian Ocean islands.”

Venter adds that the flight will depart Johannesburg’s O.R. Tambo International Airport (JNB) at 08.30 (GMT+2) each Saturday and land on St Helena (HLE) at 11.30 (GMT). The same aircraft will depart the Island later the same day, at 12.30 (GMT) and is scheduled to land back in Johannesburg at 18.30 (GMT+2). Owing to the flight schedule, Saints will be able to connect seamlessly with London Heathrow via British Airways’ twice-daily flight from Johannesburg, as well as on to numerous other worldwide destinations.

When travelling with British Airways (operated by Comair), Saints will have a choice between two cabins, Club (business class) and Traveller (economy class). Club (business class) offers the highest standards of comfort and excellence that customers have come to expect from British Airways. This includes access to the Special Services Team at O.R. Tambo International Airport (JNB), great meals and a selection of award-winning wines – enjoyed in the comfort of a separate cabin with extra legroom. Saints travelling in Traveller (economy class) can sit back and relax whilst being served complimentary refreshments, by the professional friendly crew.

Venter adds: “We’re delighted to partner with the British and St Helena Governments, Enterprise St Helena and the St Helena Airport. Following a rigorous selection process, we’re eager to start serving the new route as soon as all regulatory and compliance requirements have been met.”

Comair was established in South Africa in 1946 and this year celebrates 70 years of operation. It is considered to be the only airline to have achieved operating profits every year since inception. This year also marks the 20th anniversary of Comair’s British Airways franchise partnership.

As franchise partner of British Airways and a member of the oneworld alliance, Comair offers convenient connections to the international route network.

In February 2016, the airline took delivery of a new Boeing 737-800 as part of the airline’s ongoing fleet upgrade, enabling it to operate South Africa’s most modern and efficient fleet.

Comair is investing R3.5 billion to replace its current fleet of 737-300 and 737-400 aircraft. The fifth and newest acquisition in this programme, designated ZS-ZWG, is a Boeing 737-800 New Generation, which has been fitted with split-scimitar winglets. These are curved, vertical wingtip extensions that reduce drag and provide lift, cutting fuel consumption and lowering the aircraft’s carbon footprint.

The aircraft is also the most advanced in the Comair fleet, with ETOPS (Extended range Twin-engine Operational Performance Standards), to extend its operating range.

Venter concludes: “The acquisition of this aircraft is a strong indicator of our confidence in the region’s leisure and business travel, and that’s borne out by IATA (the International Air Travel Association). Its recent statistics show that in November 2015, African airlines enjoyed their fifth consecutive month of growth.”

Notes to Editors Comair Comair Limited is a South African aviation and travel company, offering scheduled and non-scheduled airline services within South Africa, Sub-Saharan Africa and the Indian Ocean Islands, as its primary business. The company operates a premium, full service airline in British Airways livery, as part of its licence agreement with British Airways, as well as operating its own low fare airline brand kulula.com.

Managed and owned by South Africans through its listing on the Johannesburg Stock Exchange (JSE:COM), Comair has been operating successfully in South Africa since 1946. Comair is thought to be the only airline to have achieved operating profits for 69 consecutive years, and has a safety record which is internationally recognised. British Airways (operated by Comair) also recently announced a new code-share agreement with Qatar Airways, adding five new African destinations to the Qatar Airways route-map.

Through Comair’s participation in the oneworld alliance, customers have access to 15 of the world’s leading airlines and around 30 affiliates, all which have reputations for quality service.