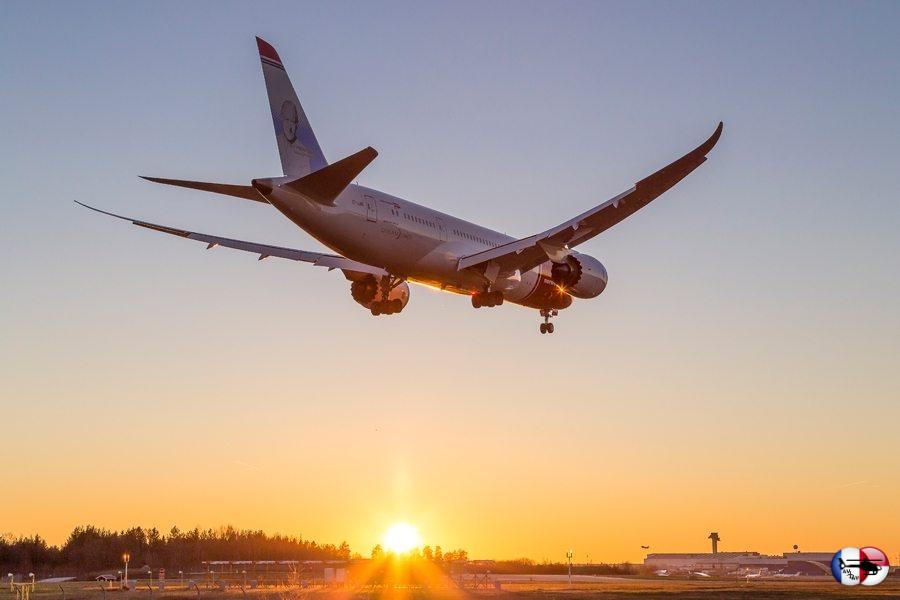 The aircraft was scheduled to be delivered in late April.

The June delivery may also be affected. In the event that the 787 is not operational in time for Norwegian’s services to New York and Bangkok replacement long-haul aircraft will be leased to ensure that flights are operated as planned.

Based on this new information from Boeing, Norwegian will enter into an agreement with a leasing company to operate long-haul routes in the event of the Dreamliner being delayed. Boeing has not announced a new delivery date or given a written confirmation of a potential delay. In the event that the 787 is not operational in time for Norwegian’s services to New York and Bangkok, replacement long-haul aircraft will be leased for a period of up to three months to ensure flights are operated as scheduled. It has currently not been decided with what company Norwegian will sign an agreement. All passengers who have booked tickets will get detailed information about the flights once confirmed.

“I fully understand that customers who have been looking forward to flying our Dreamliner during the first weeks are disappointed by today’s announcement. Although a potential delay is completely out of our control we would like to apologize in advance if the Dreamliner isn’t ready for Norwegian’s first long-haul flights. We will, however, ensure that our passengers get to New York and Bangkok as smoothly and comfortably as possible. We will also give our customers the option to change their flights to a later departure free of charge,” said CEO Bjørn Kjos.

“As one of Boeing’s biggest customers in Europe, we expect that the aircraft manufacturer does everything in its power to get the aircraft ready for delivery as soon as possible,” said Kjos.

“We deeply regret the impact the recent events have had on the schedule of Norwegian and their customers. We are staying in close communication with the airline as we work towards an approved means of compliance with the FAA Airworthiness Directive and develop a plan for resumption of 787 deliveries,” Boeing said in a statement.

Norwegian’s first two 787s are owned by International Lease Finance Corporation (ILFC), one of the world’s biggest aircraft leasing agencies. ILFC is based in California.