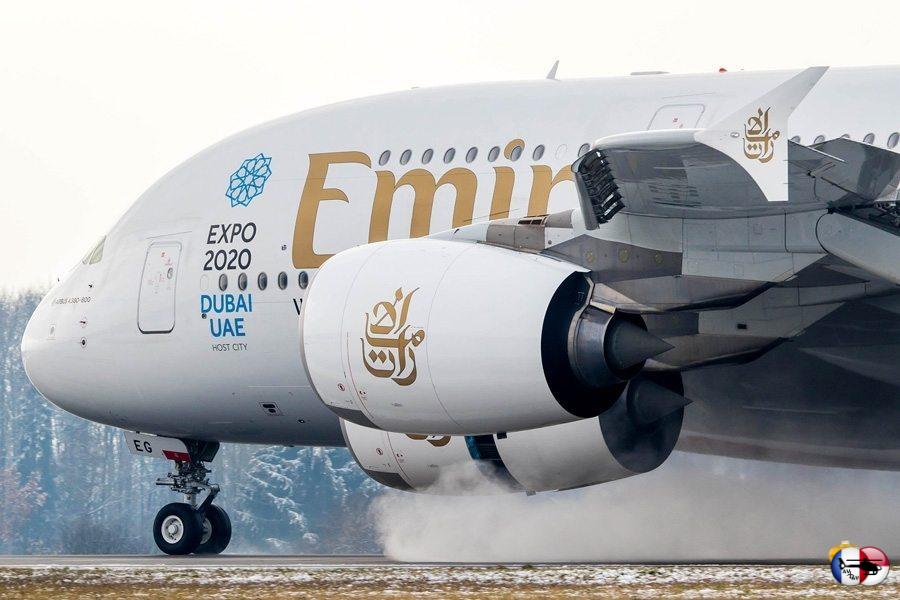 Airbus Group said a new version of the A380 superjumbo is unlikely to enter the market until the mid-2020s as the double-decker jetliner’s biggest operator, Emirates Airline, struggles with limits on flights from its home market.

Emirates has pressed Airbus to develop a re-engined model of the world’s biggest passenger plane, the backbone of its international fleet, promising an eye-popping order as reward. That initiative for the so-called Neo appears to be stalling as the largest international carrier faces capacity constraints at Dubai International airport, John Leahy, the European manufacturer’s chief operating officer, said in an interview at Istat’s annual conference outside Phoenix.

Postponing new development on the four-engine A380, which is struggling to gain sales, would allow Airbus to focus spending and resources on a long-range twin-engine jet to compete with Boeing Co.’s new 777X jetliners. Airbus is discussing a stretched version of the A350-1000 with select customers and should know if there’s sufficient demand for the new model by the Farnborough Airshow in July, Leahy said.

Emirates has received more than half of the 140 A380s it has ordered and is interested in adding at least 100 more of the costliest jetliners on the market, a $43 billion order at list price. Tim Clark, the Dubai-based carrier’s president, said in October he’d presented Airbus with a 20-year operating program for the aircraft to advance the case for the Neo.

Airbus has been studying ways to make its largest jet more aerodynamic to lower operating costs at Clark’s behest. The manufacturer has reiterated it isn’t certain there is a business case for recovering that investment without support from other customers.

“That airplane, if we did it, would come out in the middle of the next decade,” Leahy said Tuesday. “There’s nothing imminent about that airplane.”

Emirates is also the largest customer for Boeing’s upgraded 777 jetliners, which are set to debut in 2020. The technical capabilities that the Middle Eastern carrier demanded from Boeing’s largest twin-engine jet, with capacity for a jumbo’s haul of 400 travelers, may provide an opening for a competing Airbus model, Leahy said.

Emirates “wants to take off on a 45-degree day and fly to Los Angeles,” Leahy said, referring to Dubai’s midsummer heat in Celsius. “That’s putting a lot of design pressure on an airplane.”

Airbus isn’t interested in swaying the Persian Gulf carriers that have accounted for the bulk of Boeing’s 306 orders for the 777X. “Let’s give up on that. They already won,” Leahy said. “Let’s optimize an airplane for the Uniteds, the British Airways of the world who don’t need all that performance and then come up with a much more efficient airplane.”

Dubai International, previously the world’s sixth-busiest hub, grabbed the No. 3 spot last year behind Atlanta and Beijing. The airport piled on 11 percent more passengers for a total of 78 million, 51.3 million of them Emirates customers.

The hub plans to increase capacity to 90 million passengers a year, enabling further growth before the main expansion of the sheikdom’s new Al Maktoum airport, which could one day handle 240 million passengers. Emirates has said it plans to switch to the new base in the mid-2020s.