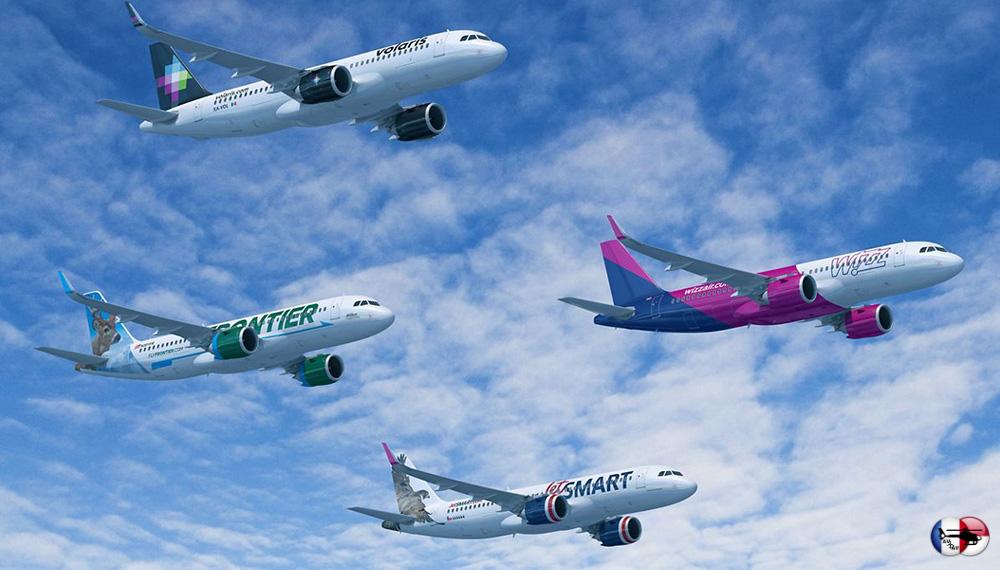 The signed purchase agreement follows a Memorandum of Understanding among the parties announced at the Dubai Air Show last month.

“The Indigo Partners team looks forward to creating even more value for even more passengers around the world with these modern and efficient aircraft.”

“Bill Franke and the teams from Wizz, Volaris, JetSMART and Frontier are great partners, and the global Airbus team is very proud to continue to meet their growing needs for aircraft that provide value, reliability and comfort. The A320neo Family offers the lowest operating costs, longest range and most spacious cabin in the single-aisle aircraft market, making the ‘NEO’ a great choice for these low-cost airlines in the Americas and Europe.”

The aircraft ordered today are a mix of A320neos and A321neos and will be delivered to the individual airlines as follows:

Indigo Partners’ Franke indicated that engine selections will be made at a later date.

The A320neo Family incorporates the very latest technologies, including new generation engines and Sharklet wing-tip devices, which together will deliver 20 percent fuel savings by 2020.  With more than 5,800 orders received from 98 customers since its launch in 2010, the A320neo Family has captured some 60 percent market share.

Indigo Partners LLC, based in Phoenix, Arizona, is a private equity fund focused on worldwide investments in air transportation.