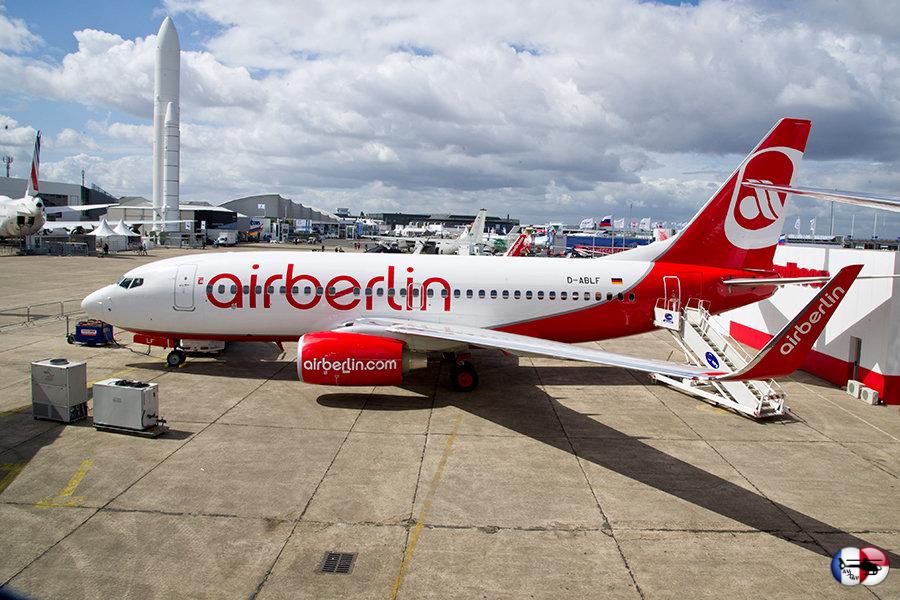 Capacity cuts and adverse geopolitical events in the competitive European market during the second quarter of 2016 led to a 9.4 per cent decrease in sales to 970.6 million euros (Q2 2015: 1.07 billion euros).

“While airberlin delivered on its goal to improve its cost structure, the second quarter of this year was more challenging than expected on volumes and yield.

“The demand, especially on flights to holiday destinations, suffered from terrorist attacks in Europe and had a major and negative impact on airberlin’s financial performance. With up to one third of our revenue generated by leisure travel, the airline was hit particularly hard by the volatile political situation in traditional holiday destinations of Turkey, Greece and North Africa.

“Although capacity was shifted to other Mediterranean destinations, such as Palma de Mallorca, and the Canary Islands, overcapacity in the Spanish market resulted in depressed fares compared to the previous year.

“Performance on the trans-Atlantic routes remains critical to the success of the new network strategy. The airline’s restructuring process will, amongst other initiatives, see the launch of further long-haul routes to the US in 2017.”

In the second quarter, airberlin offered 14.32 billion available seat kilometres (ASK), with capacity planning adjusted to reflect demand affected by geopolitical events, represents a decrease of 3.7 per cent (Q2 2015: 14.87 billion), primarily driven by the reduction of flights to the affected markets mentioned above. Sold seat kilometres (RPK) fell by 4.1 per cent to 11.69 billion (Q1 2015: 12.19 billion).

The ongoing pressure on RASK caused by the highly volatile and weak market environment will impact the third quarter of 2016. Moreover, it remains uncertain how global instability will affect general consumer behaviour.

“We are in the midst of a restructuring process. So despite the challenging geopolitical and competitive environment we face in Europe and general global uncertainly, airberlin will continue to build a strong network carrier with two hubs in Berlin and Dusseldorf, enhancing its long-haul flying to the US, and focussing its customer proposition to suit the needs of the high-yield passenger segment.”

airberlin offers the largest number of flights to North America from both Dusseldorf and Berlin. Orlando will be launched as a new destination on May 6, 2017, departing five times per week from Dusseldorf. Flights from Dusseldorf to Boston and San Francisco, which airberlin started this summer, with four and five weekly flights respectively, will increase to a daily service. Both San Francisco and Los Angeles will be operated from the airline’s Berlin-Tegel hub from the beginning of May 2017.

“Thanks to our growing global network and our strong partnership with Etihad Airways and our partners, we are confident that we will successfully navigate airberlin through the current challenging market conditions, although it will necessitate considerable changes throughout the whole business.”